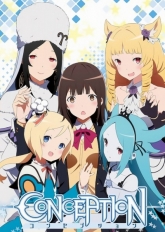 Based on a role-playing game developed by Spike Chunsoft.On his high school graduation day, Itsuki's cousin, Mahiru, tells him that she's pregnant. Just then, a gate of light emerges and transports the two into the world of Granvania. In this land, Impurities have been causing a disturbance to the Stars, ultimately plunging Granvania into chaos and disorder. And Itsuki, now revealed to be one who is fated to meet with the Star Maidens, is seen as Granvania's last hope and was thus given the task to produce Star Children and combat the impurities. And unless the task is complete, Itsuki may never be able to return home.Source: Wikipedia