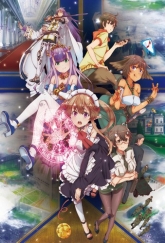 Based on the light novel series written by Sakaki Ichirou, with illustrations by Yuugen.Kanou Shin'ichi is a thoroughbred class with a light novelist father and an erotic game artist mother. He has no special talents except for his vast knowledge, opinion and insight on moe. Despite this, the Japanese government assigns him as a moe evangelist to the Holy Eldant Empire, a parallel world. In this fantasy world where dragons soar the skies, Shin'ichi forms a deep friendship with the half-elf maid girl Myucel Foaran and the beautiful young empress Petralka Anne Eldant III.Even as he deals with the threats of war between different factions, he worries that he himself is an invader to this wondrous land.Source: Wikipedia