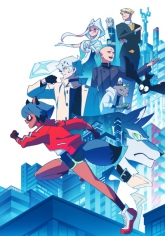 Morphed into a raccoon beastman, Michiru seeks refuge, and answers, with the aid of wolf beastman Shirou inside the special zone of Anima-City. Source: Netflix Note: The first 6 episodes received an delivery on Netflix on March 21, the remaining 6 episodes on May 6. A TV broadcast started on April 9, 2020. 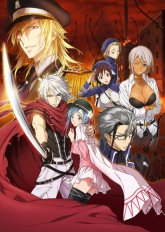 * Based on a smartphone role-playing game. In exchange for the fulfillment of a wish, Magical Girls keep fighting, unbeknownst to the rest of the world. But Tamaki Iroha can't seem to remember her wish. "When I became a Magical Girl, what did I wish for again?" There is a gaping hole in her life. Something important has been lost. But she continues to fight every day, without even knowing why... Then, a rumor begins to spread among Magical Girls. "Magical Girls can be saved if they go to Kamihama." Kamihama City, the city where Magical Girls and Uwasa are gathering. The story of Tamaki Iroha, in search of her lost wish, begins... Source: Official website